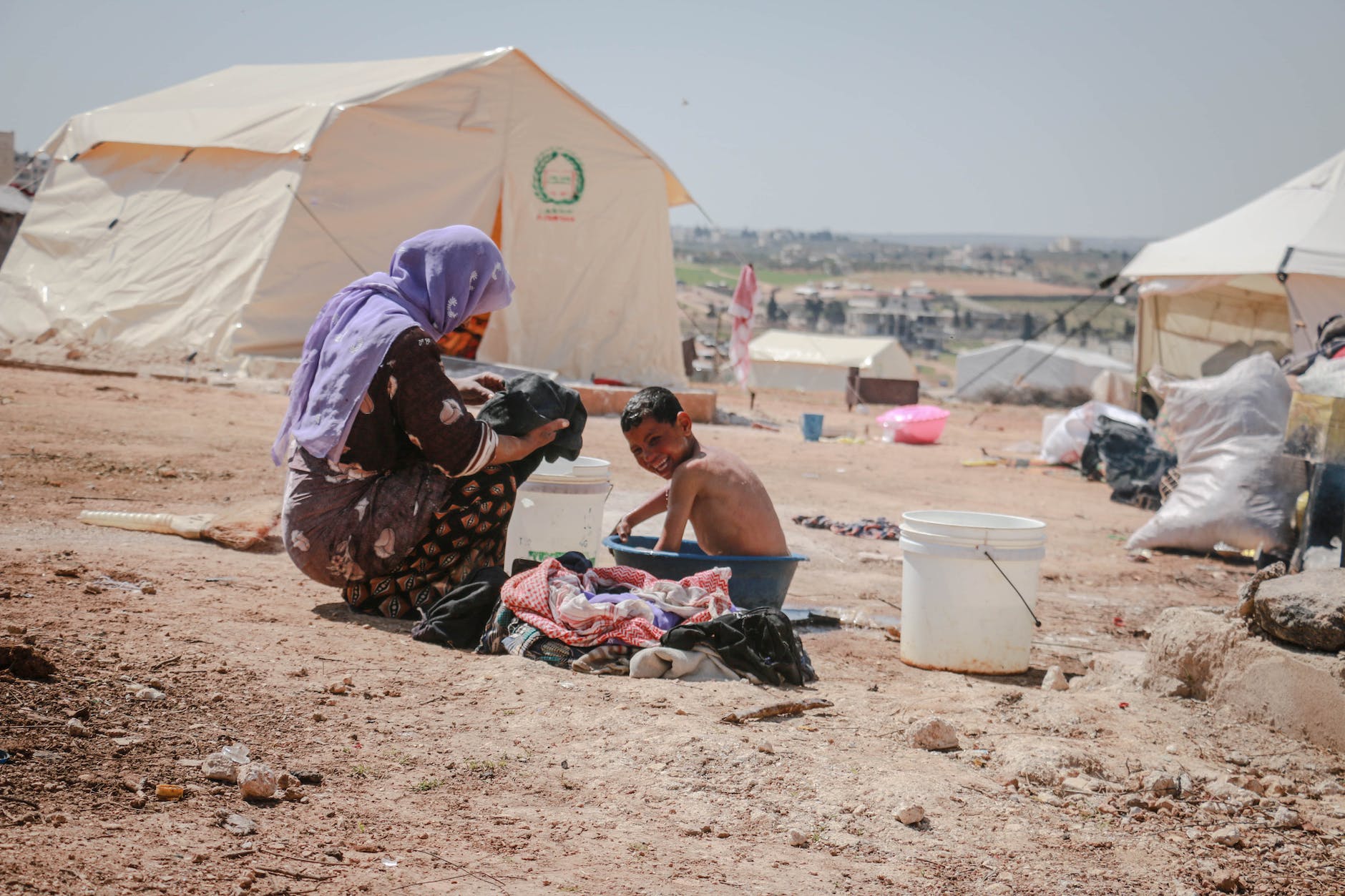 Refugees (un)welcome: With the Council of Europe criticising the Netherlands over the treatment of migrants at the Ter Apel asylum seekers’ centre, the low and inadequate standards of refugee centres in Europe were again brought to light. How can the EU ensure conditions in such facilities uphold human rights and protect the dignity of refugees and asylum seekers?

Chaired by Giada Chiassi (IT)

Have you ever run away from your country, escaping war and persecution, with the awareness you will probably never go back? Have you ever experienced the feeling of finally reaching a new country where to start a new life just to be placed in an overcrowded building with no help? It may sound like a horror story, but thousands of people experienced it. Motaz Mohammed did.

He ran away from Yemen, his home, to arrive in the Netherlands looking for a better future. He was placed in the asylum seekers’ centre of Ter Apel. He was promised he would find a safe and welcoming environment. Instead, Motaz Mohammed spent eleven nights sleeping outside of the centre, through heat-waves and thunderstorms, with poor hygienic conditions and nearly no help. He is just one of the thousand of people who experience these conditions where they should have found a safe place. One of those failed by the system.

On 26 August 2022, hundreds of migrants were forced to leave the asylum seekers’ centre of Ter Apel after camping outside the building for several nights. This latest case is just the tip of the iceberg of growing problems for all Member States. The reception crisis started to worsen in 2015 when the asylum applications increased by 150% compared to the previous year, mainly due to wars in Syria, Iraq and Afghanistan. The number of migrants started to increase again this February after the Russian war against Ukraine, with the European Union (EU) already welcoming 11.3 million refugees since the beginning of the conflict.

The right to seek refuge from persecution in other countries is granted by Article 14 of the Universal Declaration of Human Rights as well as by the 1951 Refugee Convention.

Although the EU has established a Common European Asylum System (CEAS), the asylum procedures in all Member States are still not harmonised to the European legal framework. Especially in countries such as Spain, Italy and Greece, which are the countries where most of the refugees first arrive, living conditions in reception facilities are usually inhumane. The EU instituted in the 2015 European Agenda on Migration the opening of new facilities called hotspots to relieve the burden of immediate assistance to refugees from Member States. However, the measures taken by the EU are not enough to contain the reception crisis and guarantee dignity to the asylum seekers living there.

Moreover, the negative consequences of this migration emergency also affect the EU citizens living in proximity of the centres who are witnesses to the undignified living conditions. The result is a stigmatisation of the figure of the refugee which will lead to the increase of support for far-right parties and groups and in anti-migrant racism and discrimination.

In 2020, the European Commision improved the CEAS system to strengthen the relationships between the EU and third countries from which refugees come from and to advance the asylum procedure. It also proposed the new Pact on Migration and Asylum to improve the EU’s management of migration flows.

In 2021, following the rise of asylum requests by Afghans following the Taliban takeover of the nation, Member States had established several strategies to meet the needs of Afghan citizens. For example, Spain settled a military base as a first help centre for refugees coming from Afghanistan while the Netherlands initially set up emergency centres and then increased the number of reception facilities to welcome all new arrivals. A similar strategy has been used by the Netherlands to alleviate the reception crisis at the Ter Apel centre, with the Dutch government temporarily opening new facilities  both on land and on cruise ships to relocate refugees and offer them better living conditions.

The European Commission also approved the Cohesion’s Action for Refugees in Europe (CARE) to support Member States to provide immediate support to people leaving Ukraine after the Russian invasion of the nation. It will give Member States more funds to finance infrastructure equipment and staff needs in reception facilities as well as long-term integration projects of refugees into society.

To facilitate the reception of migrants, the EU decided to activate the Temporary Protection Directive in order to offer immediate assistance for people fleeing from Ukraine. This plan allows refugees to benefit from some basic rights such as medical help, social welfare, education and housing for a period of three years maximum.

During the past years the EU has seen an increment of the asylum applications only comparable to the 2015 refugee crisis, with 98 000 applications only in September. This is the result of several international scenarios which took place during the 2020-2022 period. In September 2021, the EU countries saw an increase of 72% of asylum applications compared to the previous month, due to the Taliban take-over of Afghanistan resulting from the US and international forces withdrawal. Member States were not ready for such a significant increase of the migration flow and their facilities were not sufficiently equipped. Some of the centres were closed as a consequence of the decrease of the number of refugees arriving during the Covid-19 pandemic, which reduced by 33% in comparison to 2019.  After the revocation of the border control in the Schengen area which was reintroduced to contain the spread of the virus, migration flows increased by 58% compared to Covid period.  Most of the centres are now overcrowded and unable to provide medical help to new arrivals, who are for the moment supported by NGOs, such as Médecins Sans Frontières (MSF) that helped migrants camped outside the centre of Ter Apel. Moreover, the inadequate living conditions also affect asylum seeker’s mental health. Overcrowded and undignified housing, along with unstable conditions, are proven to worsen people’s well-being. Although refugees are five times more likely to suffer from mental illnesses due to their personal background, they face more difficulties in finding psychological help due to language barriers and economic instability.

The aim of the 2020 new Pact on Migration and Asylum of more collaboration between all Member States to welcome asylum seekers has not been reached. The deterioration of the relationship between France and Italy is just the most recent of the several examples of the controversies between Member States for the relocation of migrants.  Moreover, EU and Member States have a shared competency on the area of migration and home affairs, with the Member States holding the executive power, making it impossible for the EU to work directly on the issue.

The rise of extreme right parties that the EU is now facing can be a key challenge in the process of improving asylum seekers’ living conditions. Their xenophobic ideas can lead to a further stigmatization of the figure of refugees and to a consequent lack of integration and episodes of violence and hate  in European society along with a decrease of interest in asylum seekers’ conditions.

The EU has lately seen an unexpected rise of asylum procedures in all Member States. While the European Commission approved some advantageous short-term programs, we still lack efficient long term projects to advance conditions in asylum seekers’ centres.