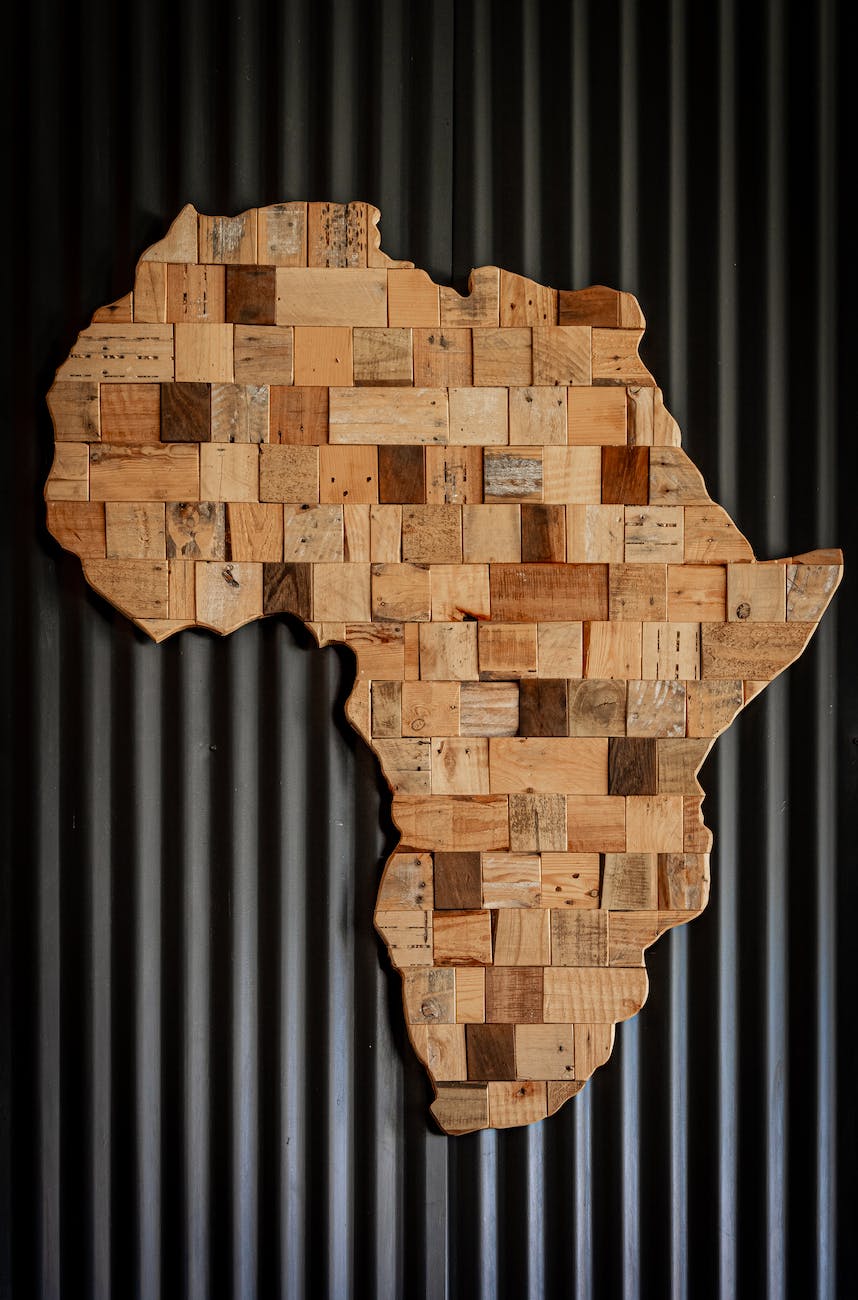 This time for Africa: The Global Gateway is Europe’s ambitious new project for worldwide investments, promising to invest 150 billion in Africa. But EU engagement in African countries carries significant historical baggage. How can European policymakers demonstrate that they are truly listening to African counterparts and that investments are led by local demand?

The story of Phillip and Lindiwe

Phillip Muranda is a local business-owner in Zimbabwe who runs a small welding shop. However, in Zimbabwe, most of the energy supply comes from hydropower plants, which have become unreliable because of climate change and extreme droughts. The country struggles with massive electricity shortages. Phillip says: “For big and heavy welding jobs I have to wait for the electricity and this is forcing me to work in the middle of the night”. The same is true for local vegetable vendor Lindiwe Matambo. For years, she has cooked her vegetables with the help of electricity. Not only because it is easier, but also because cooking with firewood is bad for human health and the environment. However, because of the electricity outages, she has to choose between cooking with firewood she needs to gather in the nearby mountains, and cooking in the middle of the night, when electricity is available. In this electricity shortage crisis, Zimbabwe has embraced up to $5 billion from China to invest in highly polluting coal-fuelled power plants. Such Chinese investment has enormous allure throughout Africa. The EU must take a more active approach if it wants investment that is sustainable and climate-friendly, while also improving the quality of life for citizens.

In 2021, the European Commission announced “The Global Gateway”, promising to invest EUR 300 billion into less economically developed countries (LEDCs) by 2027, EUR 150 billion of which into Africa. The goal is to establish a sustainable, digitised infrastructure with functioning health care systems and to provide quality education for future generations. The concept emerges in times of international competition for influence spheres in LEDCs with both the United States with its “Build Back Better World” project and especially China with its “Belt and Road Initiative” already displaying endeavours to establish far-reaching economic relations with LEDCs. It is therefore only natural for African countries to be sceptical: The distinction between relations for influence’s sake and relations for good-will’s sake is difficult. In addition to that, European countries have historically utterly failed to show respect for African countries and their people: Both colonialism and vehement repatriation debates are not forgotten. Prior investments into African countries have mainly aimed to ensure the supply of natural resources from Africa to Europe and China with little regard for human rights or working conditions in the mines, not resulting in any benefit for the people. European policy-makers often fail to display knowledge of the reality of life in Africa and how financial aid ends up being used. Cooperation in the context of the Global Gateway will only be possible if said problems can be eliminated. It seems obvious that the EU will need to act truthfully and develop projects which will actually be for the good of the people, but in addition to that, trust both within the governments and within the population needs to be established: The EU has to demonstrate that they are the partner countries will want to cooperate with. Only then will the Global Gateway have the chance to become a successful project.

The European Commission acting via the European Fund for Sustainable Development Plus (EFSD+) is the main actor coordinating efforts on a European level. The fund will finance both direct investments by the European Union and give incentives to private sector investors to do so accordingly.

A large portion of the investments will be driven by Member States. It is therefore imperative to include them into any decision-making process and to ensure good diplomatic relations between Member States and LEDCs as well.

Another major group of stakeholders are private investors. One goal of The Global Gateway is the upscaling of private investments into infrastructure in LEDCs with incentives by the EFSD+.

All of these European Stakeholders need to work together with actors in Africa. The country’s governments are naturally the first stakeholders which need to be involved. However, as more regional demands may occur as well, local players and non-governmental organisations (NGOs) need to have a seat at the table too.

In 2007 the Joint Africa-EU Strategy with the aim to improve dialogue and cooperation was launched. However, in many ways African countries have deemed this partnership unequal, as interests clashed during e.g. the Libyan crisis 2011. More recently, African countries have felt let down in the context of the covid vaccine’s rollout: Donations only came scarcely and a large controversy over patents arose.

In order to combat these problems, the EU launched the Global Gateway in 2021, with African countries generally welcoming the initiative at the European Union-African Union summit (EU-AU summit) 2021. One year later, the summit in 2022 saw the agreement on several more areas of partnership in order to promote security, peace and economic development, passing measures including but not limited to a provision of 450 million vaccine doses by mid-2022 and enhanced peace and security cooperation. Additionally, the EU has also implemented strategies for the development of specific individual regions in the past, mostly in order to combat crimes such as violent extremism, piracy or forced displacement.

Overall, the EU-AU summit has so far been the central means of communication. It allows for multilateral discourse on pressing issues affecting several countries at once. Regional action plans have been implemented in the past, but so far these have not been solely for development aid.

The projects undertaken in the Global Gateway must adhere to certain sustainability standards. While this may seem natural in light of climate change and the knowledge that fossil resources will be depleted in the near future, many African countries still wish to utilise the many resources they still possess in order to develop their economy. In all industrialised nations, use of fossil fuels has paved the way to booming economies and prospering societies in many cases. African countries deem it unfair that they should be denied use of their natural resources when more economically developed countries (MEDCs) have profited from them  for decades. Still, the EUs endeavours to fund sustainable projects are in accordance with international agreements such as the Sustainable Development Goals and will also be key to ensure long-term economic development in LEDCs. It is therefore imperative to find a sustainable path forward, without hurting the development and growth of poorer countries.

In Africa the EU faces a plethora of reputational challenges from the get-go:

Firstly,  European bureaucratic procedures are considered slow and ineffective. It often takes a long time for money to be granted and then used. In addition to that, the EU doubles down on its efforts to promote democratic values. This is perceived as interference with domestic affairs, many countries favour the Chinese approach which is only economical. Overall, African countries feel like European infrastructure investment has barely, if at all, changed the situation in the past and thus scepticism about its effectiveness arises for the future.

The Team Europe Approach allows for a broad range of investments from different actors and constitutes a cohesive European approach. However, it naturally also means that different players act distinctly, still the issue at hand will be the same for everyone. Each player is facing perception issues, each player will have to listen to local demand. While the EU has established the EU-AU summit and is expected to strengthen ties with African countries, little to no initiatives have been undertaken for e.g. the private sector. Even Member States individually will have to establish new diplomatic relations and improve on the existing.

The measures the European Union can undertake in order to advance the Global Gateway are manifold. The success of the project boils down to a successful Team Europe Approach. Apart from acting on its own, the EU has to be a competent coordinator of individual actors.

Via the EU-AU summit close diplomatic ties were established between the two international organisations and the EU has even developed regional development strategies for e.g. the Sahel zone. It could further expand on these efforts and make sure regional actors like NGOs, local governments or citizen’s initiatives are heard.

Furthermore, the EU needs to work on its reputation. After intentionally selecting projects, their quick and efficient implementation needs to be ensured. It also has to demonstrate that sustainable development in line with the Global Gateway’s goals will benefit the African countries in the long run.

As a coordinator it can for example act as a mediator between Member States and and LEDCs. Those partnerships will be vital for the Global Gateway and the measures the EU will further take in this regard have to be discussed.