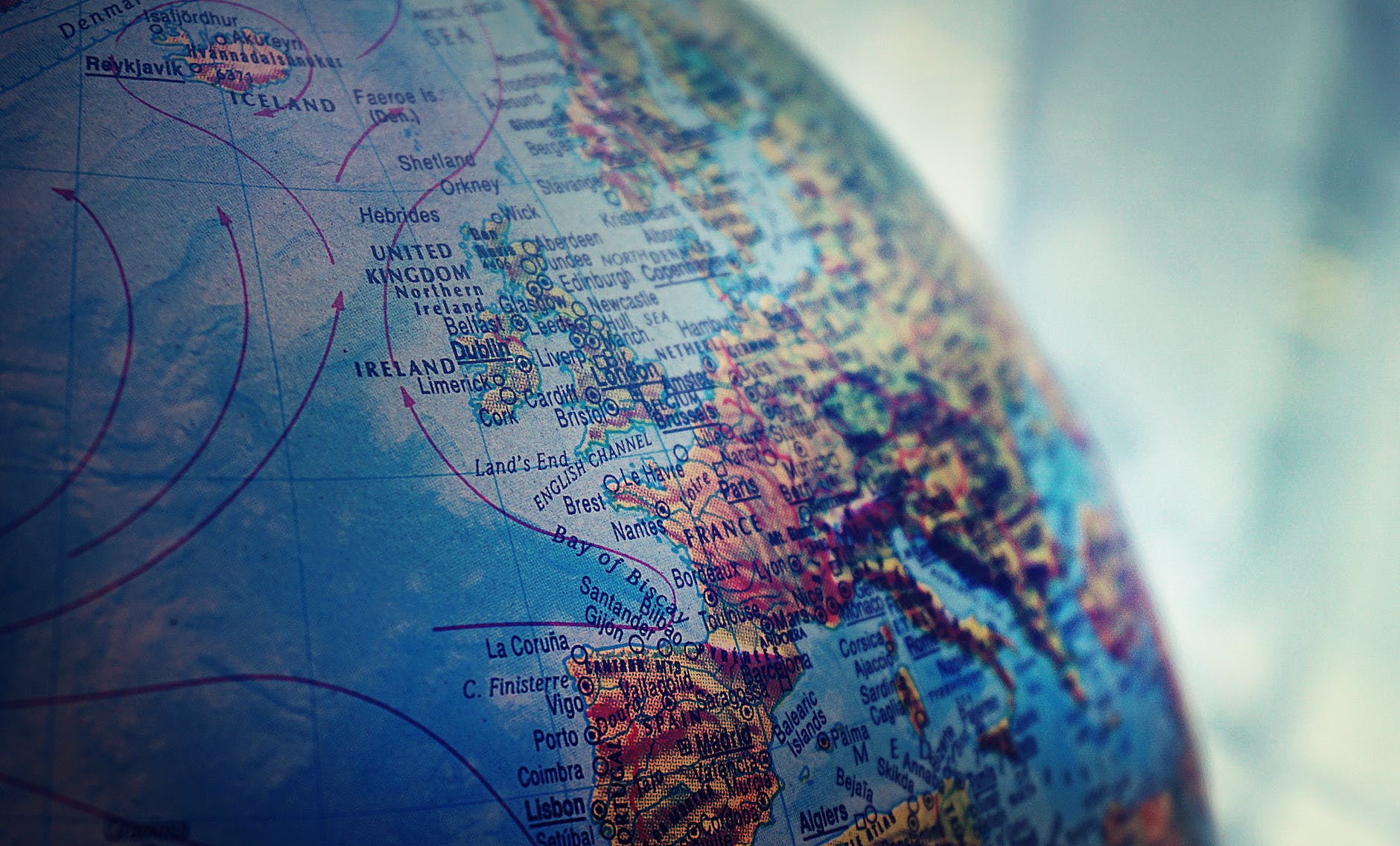 Once bitten, twice shy: now that the war in Ukraine has made Europe painfully aware of its reliance on Russia for energy, the EU is keen not to fall into the same trap twice. With the continent still depending on third states such as China for raw materials and technologies, how can the EU increase its strategic autonomy and stay true to its values?

Once bitten, twice shy: now that the war in Ukraine has made Europe painfully aware of its reliance on Russia for energy, the EU is keen not to fall into the same trap twice. With the continent still depending on third states such as China for raw materials and technologies, how can the EU increase its strategic autonomy and stay true to its values?

The story of Jonathan

Imagine a fantasy world. In this world, there is a guy named Jonathan. Jonathan is a prisoner of the state, though he has not been charged with anything as of yet. Jonathan is awaiting trial. Whilst awaiting trial, Jonathan is forced to work for his government. He has to work long shifts peeling garlic, day in and day out. This garlic is sold for a huge profit, and Jonathan gets paid exactly nothing. The garlic burns his skin and weakens his fingernails. He gets sores all over his hands. There is nothing he can do but wait for the trial to commence.

Unfortunately this fantasy world is very similar to a real-world issue the EU is facing right now. Select countries take advantage of the prison system they have put in place, and force their prisoners to work long and demanding jobs for free. One of the more notorious cases of prison labour is found in China. Not only Jonathan, but thousands of others like him are forced to work, with big industries depending on, and demanding, their free labour.

Situations such as Jonathan’s are not uncommon in today’s day and age. Many of the EU’s trading partners have different policies than those of the EU. This can be in regards to, amongst others, the treatment of their civilians and their stance on international conflicts. The EU has legislation protecting foreign worker’s rights, but cannot curb other nations’ beliefs regarding international conflict. When global relations shift, the EU can be left stranded without vital resources. This has happened with Russian oil because of the Ukraine war. The EU is now forced to look for oil and gas elsewhere. Rapid increases of gas and oil prices are a valuable reminder of the EU’s dependence on external nations.

It is not possible for the EU to become entirely self-sufficient, nor would that be favourable for its international relations. Trade is one of the primary ways to foster international cooperation and understanding, and therefore invaluable to the EU. Furthermore, the EU does not have the raw materials to make it completely self-sufficient. Because of this, it is not a viable solution to stop trading completely; though raw materials are definitely available, and technology can be made, this does not account for all EU needs. Trading deals are however quite complex. The EU has no say in the foreign policy of external nations. Direct hostility has historically not worked out well, yet nations can easily ignore purely diplomatic agreements. A connected concept that has gained popularity amongst EU politicians is the idea of strategic autonomy, or being able to act independently regardless of circumstances.

It has been established that the EU relies heavily on imports from other nations. EU demand even seems to be rising. Unfortunately, not all nations the EU trades with hold the same humanitarian, ecological and political values as the EU. This can lead to trade conflicts or even trade wars. Disagreements between the EU and other international traders such as the US stress the EU’s economy and have large consequences for its civilians. Given the volatility of international relations, how can the EU safeguard its trade whilst protecting the workers involved?

The EU is very aware of its position in international trade. There are many examples where the EU has implemented safeguards regarding its trade in their relatively new Trade Policy. These safeguards fall into two primary categories: the protection of human rights, and the protection of EU interests. Regarding human rights, the EU (and especially the European Parliament) have consistently included the human rights clause in their legislation and trade agreements. Whenever a trade partner violates the human rights of its workers, the EU can abandon the agreement. This is very rarely done, but rather serves as a tool to promote better working conditions and international dialogue.

Regarding the protection of EU values and interests, the European Commission has heightened their vigilance regarding who they trade with, and what their agreements state. They are aware of the fact that trade is increasingly being instrumentalized by certain third countries as a way to influence the political decisions of the European Union and its Member States, and have responded through various different measures. Amongst others they are focussing more on the functioning of the European Single Market, and the evaluation of supply chains. Though these endeavours are helpful, it is quite difficult to balance this protectionism with the economic impact of trade; about 15 percent of the EU’s economy is reliant on international trade.

Third-party countries’ trade policies heavily influence EU trade as well. China for example collaborates closely with the EU regarding  mutual trade policies. The Chinese government has released many policies on EU cooperation, generally proclaiming their willingness to further EU-China relations. In response to EU concerns about Chinese investments, China has indicated plans to reciprocate businesses in the future. It has however been consistently growing its international trade, limiting European trade opportunities. Furthermore, Chinese workplaces often do not adhere to EU policies on human rights. The EU furthermore has concerns about certain Chinese policies and business customs such as, but not limited to:

Though the EU has implemented the HRC in virtually all recent trade agreements, it has never fully used the mechanisms described in the clause. The EU has the right to terminate an agreement when there is enough evidence of the violation of human rights, but refrains from using this mechanism. It prefers to use the clause as leverage in international political debate. Many parties however, believe that this negates the role of the HRC. There have been efforts to reinforce worker protection in treaties further, but this has met resistance from Member States.

Dissonance Between Member States and the EU as a Whole

The EU as a whole has a clearly defined policy towards international trade. Individual Member States however, do not always completely agree with, or adhere to, EU guidelines. This can be due to high national protectionism or different values.  EU Member States have different views on strategic autonomy and differences in national policies, which weakens the EU’s political force. Alignment could be improved considerably. Though there are ways to penalise Member States, they are often difficult to implement or unsuited for the circumstance.

Because of the steep trade deficit the EU faces, as well as the fact that the EU lacks the raw materials to sustain itself completely, it relies on third countries for raw materials, as well as for important technology, such as 5G and microchips. The EU can choose which countries it wants to trade with, but is ultimately bound by supply constraints and the rising demand of its citizens. This means that trade partners hold a certain amount of leverage over the EU, as their materials are vital to support the EU. Sometimes countries use this economic power to coerce the EU and influence EU decisions.

Another challenge when managing global trade is the political shifts of trade partners. Policies, values and governments are ever changing, and it can be difficult to respond quickly to changes from partners. With EU decision making being relatively slow, reacting to these shifts is often up to individual Member States before the EU changes its policy. This means that stances towards partners can be fractured amongst Member States, challenging the authority and guidelines of the EU.

Trade is always a complex matter. The EU is committed to promoting human rights and protecting its citizens and interests, but has to work with a trade deficit of billions of euros. It relies heavily on import from non-EU countries, giving those countries leverage over the EU. Though the EU has legislation and treaties in place, as well as various platforms that allow for discussion with third-party states, there is no way to force other countries to adhere to EU guidelines or policies. There is a need for further policy, as well as a response to third countries shifting values or policies.

Furthermore, it is vital that trade remains stable between the EU and externally affected countries. Business owners and national economies should be prioritised, as these are at risk when changing trade policy. The balance between market protectionism and economic benefits is complicated to maintain, and should be carefully considered when making policy. The complexity of this situation raises a few primary questions: