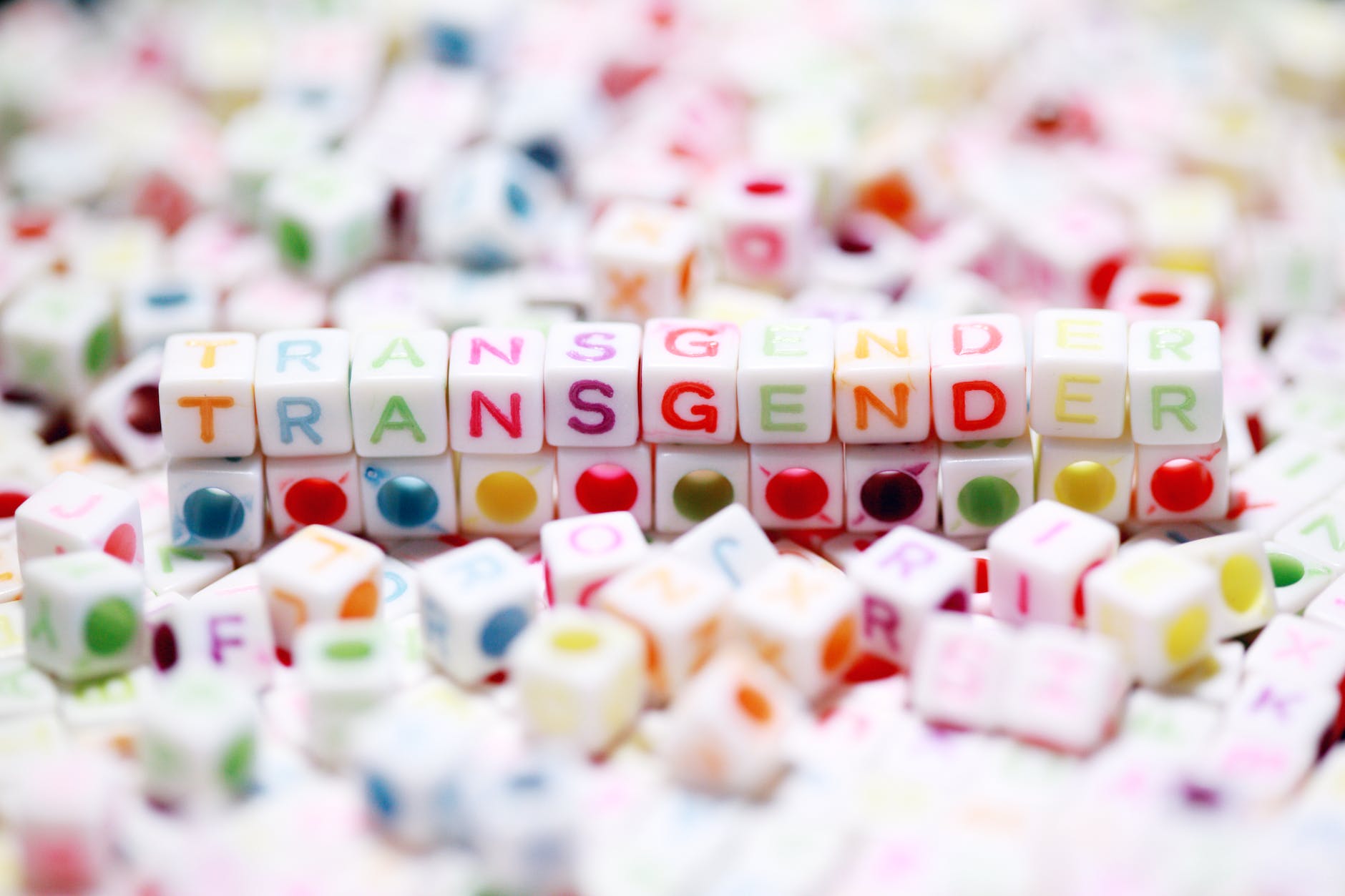 Chaired by Alice Maffoni (IT)

Hi everyone! I’m Alice and I’ll be your chair for this session :)! I’m eighteen and I was born and raised in Milan, Italy. Something you should know about me is that I absolutely love the Dutch caramel waffles (stroopwafels I think – the Dutch language and I don’t get along very well), but other than that, I also love live music of every genre and having a good chat with my friends in front of a cup of coffee. However, what I love the most is definitely EYPsessions!! I hope you’ll enjoy EYP as much as I do and that you’ll leave this session with new amazing friends and memories.

48% of Europeans consider discrimination towards transgender people to be widespread in their country. Consequently, most people that identify as transgender, meaning that the gender they attribute to themselves doesn’t coincide with their birth sex, have been targets of harassment and hate crimes. Despite the growing awareness, gender identity or sex characteristics aren’t officially protected in numerous EU Member States. On the contrary, they’re often the object of discrimination, such as the ban on legal recognition for transgender people by the Hungarian Parliament.

Not only it is uncertain in some Member States whether individuals can claim protection from discrimination on the basis of their gender identity, but there are significant regional differences in transgender healthcare infrastructures and legal requirements. Due to limited funding, transgender health facilities have closed and diagnostic procedures, that have taken years to secure, have been suspended.  In several countries, such as Belgium, only some specialised gender clinics are qualified to handle gender confirmation treatments such as hormone therapy, surgeries and so on. Most of the time, the requested medical procedures are not even covered by the national health insurance, for instance in Hungary only 10% of the treatment is reimbursed. One of the inevitable consequences of this lack of financial support is the restriction on the right to health, one of the basic human rights. Furthermore, the requirement of surgery, sterilisation1, hormone therapy, and diagnoses of mental disorders as prerequisites for legal gender recognition raises questions about the right of self-determination and well-being of individuals. Not only does this have a severe impact on mental health, but for transgender people, the issue endangers their lives, health, and safety, facing discrimination and rejection from society and feeling obliged to follow treatments established by the law even if self-gender determination is a very personal matter. 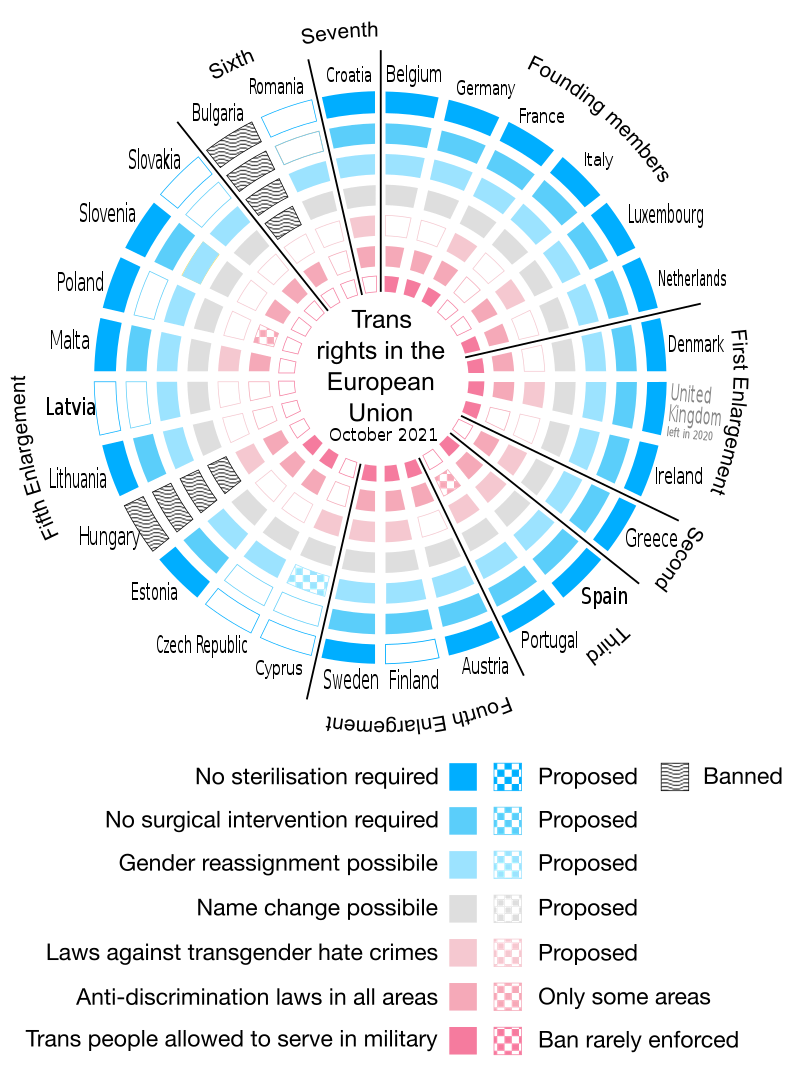 1Sterilisation is a practice that persists in Europe even while being condemned by the UN.

The European Commission has the power, if necessary, to take legal action against an EU Member State that is not abiding by EU law, by bringing the matter to the Court of Justice of the European Union.Public health insurance is typically a component of national healthcare systems complemented by private health insurance. The minimal level of care provided frequently varies as a result of ongoing negotiations between the government, therefore, access to the numerous procedures that collectively make up gender confirmation treatment may differ significantly.

Trans United is a European activist organisation advocating for trans people. Since 2013 Trans United works through media content and social work to improve trans issues awareness and inclusion, such as gender-specific healthcare and HIV prevention for transmen, in the European legislation.

An important role in advancing LGBTQI+ rights has also been played by The Parliamentary Assembly of the Council of Europe (PACE) with the 2017 resolution.

The European Commission has the power, if necessary, to take legal action against an EU Member State that is not abiding by EU law, by bringing the matter to the Court of Justice of the European Union.

Public health insurance is typically a component of national healthcare systems complemented by private health insurance. The minimal level of care provided frequently varies as a result of ongoing negotiations between the government, therefore, access to the numerous procedures that collectively make up gender confirmation treatment may differ significantly.

2Cisgender refers to a person whose gender identity corresponds to the sex assigned at birth.

In countries such as Italy, Germany, and Spain, insurance companies require trans people to obtain a mental health diagnosis3 to gain coverage for the healthcare services they demand. The TGEU and other human rights organisations have consistently criticised pathologising4 transgender identities as a violation of the human rights and dignity of trans people. Because of the need for a mental diagnosis for insurance coverage, insurance providers and physicians hold the deciding power over whether a trans person will have access to quality care. 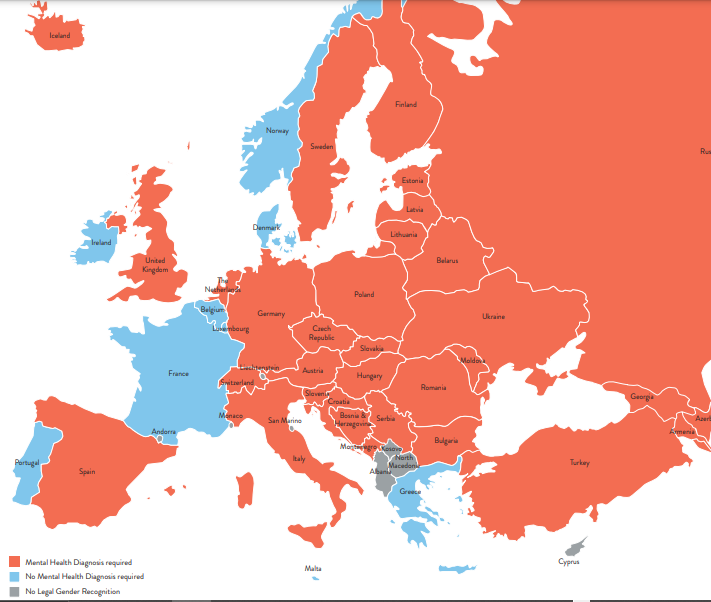 While the majority of nations provide a complete range of therapies, some, like Latvia and Bulgaria, have almost none. In addition, the shortage of funding for public healthcare frequently makes the access to healthcare difficult, even if should be universally guaranteed5. Furthermore, financing, when it is provided, is typically limited to what are referred to as ‘essential treatments’, which could be objects of subjectiveness, considering the personal value they hold for everyone. For instance, sex reassignment surgery in Croatia is classified as an ‘aesthetic’ treatment and is not eligible for funding.

The right to conscious objection, derived from the right of freedom of conscience,  states that healthcare professionals, as individuals, can refuse to provide certain services, such as hormone therapy, if they are against their personal beliefs. However, the right to consciously object may limit another person’s freedom, right to health, and autonomy. The International Federation of Gynaecology and Obstetrics (FIGO) stated that every healthcare provider has the professional duty to not discriminate against people’s requested surgeries on the basis of personal beliefs. However, professionals have pointed out how even their personal convictions should not be limited by the law creating an issue of competency that still has to be resolved.

3Mental health diagnosis is done to analyse a mental disorder which is a clinically diagnosed disturbance in someone’s behaviour, mental awareness, and management.

4 In many countries, transsexualism and transgenderism are considered mental illnesses under the diagnosis of gender dysphoria, the feeling of uneasiness that someone could experience as a result of their biological sex and gender identity not matching.

5The right to health is a fundamental human right that does not allow any discrimination of ethnicity, religion, political belief and economic or social conditions

The European Commission’s priority is ensuring legal protection and monitoring the existing rights of the LGBTI community. The prohibition of sexual orientation discrimination and the principle of ensuring equality for everyone has an extensive legal basis in the EU Treaties such as the tenth article of the Treaty on the Functioning of the European Union (TFEU), and the second and third articles of the Treaty on European Union (TEU). Furthermore, the Charter of Fundamental Rights of the EU was the first international human rights charter to recognise and prohibit discrimination on the basis of sexual orientation.

However, the EU legislation does not explicitly forbid discrimination based on transgenderism. The vast case law of the Court of Justice of the EU (CJEU), which developed a concept of sex discrimination covering those who have undergone sex reassignment, supports such an approach. Despite the fact that this form of prejudice is seen as a discrimination on the basis of sexual orientation in some Member States, in many other countries transgender people are limited to relying on the general principle of equality and are not eligible for the more comprehensive protection provided by anti-discrimination directives.

In addition, the European Parliament called upon the Member States to defend transgender people’s right to self-determination and to abolish the sterilisation requirement in legal gender recognition procedures.

The European Court of Human Rights determined that the sterilisation requirement in legal gender recognition, such as the one required by France, violates human rights. Nonetheless, trans people remain subject to mandatory mental health diagnoses which, according to TGEU’s Executive Director,  represents a violation of human rights because of the subtle implication that trans people are mentally ill, promoting social exclusion and discrimination. 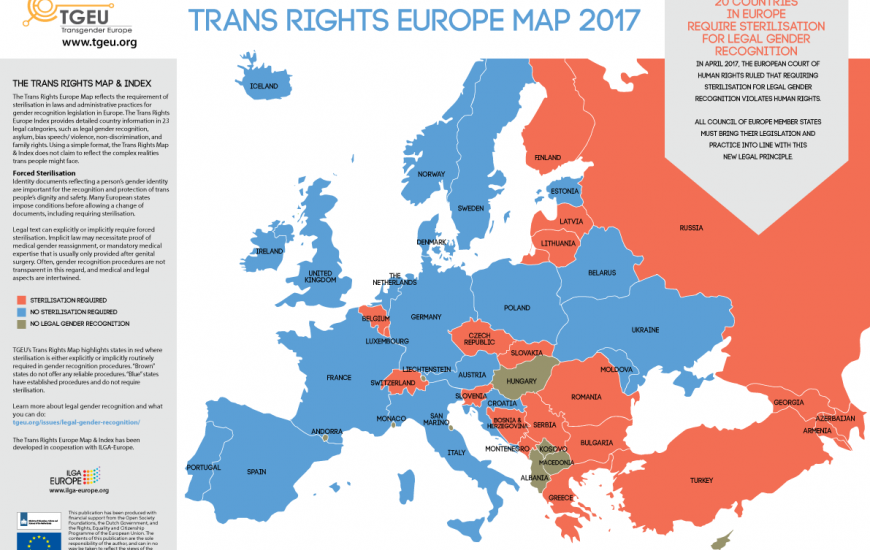