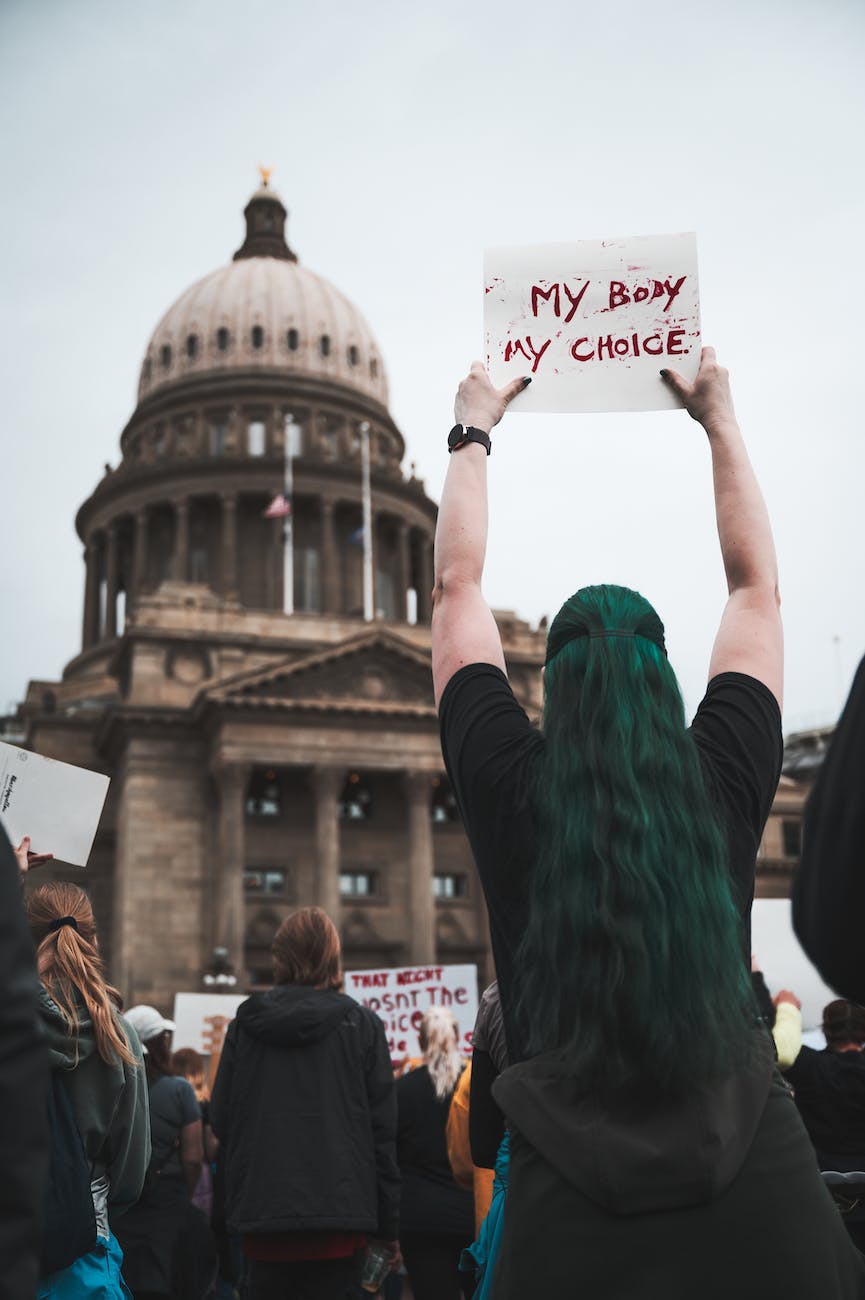 My body, my choice: Following the abortion ban in Poland and Hungary, birth control has become increasingly inaccessible and unsafe across the EU. How can the EU safeguard reproductive rights, while honouring the sovereignty of Member States?

Chaired by Sveva Austoni (IT)

Hello besties! I’m Sveva, an 18-year-old from Italy, and I’ll be your chairperson for your first session, how exciting is that? I am a coffee addict and I love baking, that’s about everything you need to know about me. Kidding (maybe). I also love music, so much that I actually take my guitar and convince myself I can play!! In case you haven’t noticed yet, I enjoy being an active part of EYP, I know, shocker. I can’t wait to meet you all and discuss this extremely interesting and pressing topic. See you soon!! <3

The Polish reform on abortion at the beginning of 2021 revoked the right to get an abortion when the fetus presents life-threatening diseases or defects. In addition, more recently  it was followed by the law requiring doctors to register all new pregnancies. This near-total ban on abortion has been recognised as violating pregnant people’s privacy by identifying those who get abortions, or even have miscarriages, and by investigating the medical professionals who perform the procedure. This has raised concerns from activists and human rights organisations, such as Amnesty International and the Center for Reproductive Rights. The ban is actively endangering Polish pregnant people who will be prevented from seeking medical care, prenatal or otherwise, potentially causing an unprecedented amount of unsafe abortions and health issues, considering that a vast majority of abortions in Poland were based on the fetus having congenital problems.

Another alarming stepback in Europe is Hungary’s case: the Hungarian government agreed on an amendment of the current legislation pronouncing it mandatory for pregnant people to listen to the fetal heartbeat before going through with the abortion.

Unfortunately, these are not the only cases where abortion is being progressively limited. Although all Member States, except Malta, have legalized abortion on request and broad social grounds,  there are still numerous barriers to it, such as mandatory waiting periods, strict time limits and mandatory counselling that gives biased opinions and medically inaccurate information.

Such restraints are to be considered alongside the lack of access to birth control, which constitute not only a violation of reproductive’s rights but also a setback in the emancipation of women. Since people from lower socioeconomic backgrounds do not have the economic means to obtain contraceptives or abortion services,  they are forced  to give up on education and fulfilling careers, and that negatively affects the society as a whole

Birth control or contraceptive is any method, medicine or device, including, but not limited to, condoms, various contraceptive pills, hormonal implants, intrauterine devices (IUDs), tubal ligation for females1 and vasectomy2 for males, used to prevent pregnancies, and only some of them also the transmission of  sexually transmitted infections (STIs). Abortion is not included in the category of birth control methods.

1Also known as female sterilisation, it is a surgical procedure that removes, closes or clots the fallopian tubes, which is the way sperm uses to reach the eggs.

2Also known as male sterilisation, it is a procedure that cuts or blocks the tubes carrying sperm.

The European Union holds shared competence with Member States on matters concerning public health and human rights, meaning it can co-create common rules protecting and ensuring the respect of sexual and reproductive health and rights (SRHR).

The Directorate-General for European Civil Protection and Humanitarian Aid Operations (DG ECHO) is a crucial stakeholder that can set SRHR as priorities, collecting data on the use of contraceptives across the EU to better establish what measures to implement.

With the help of its Commissioner for Human Rights, the Council of Europe supports human rights defenders and can prioritise aiding organisations and governments to implement policies promoting information on birth control and allow access to it. The Council could also include abortion rights in the Charter of Fundamental Rights of the European Union, as recently proposed by MEPs.

The Centre of Reproductive Rights is the main non-governmental organisation (NGO) advocating for SRHR and works alongside the Council of Europe to establish obligations and oversee the application of aforementioned rights within the EU. The United Nations Population Fund (UNFPA) is the UN’s SRHR agency that helps fund governments and organisations supplying access to reproductive healthcare, in line with the 17 UN Sustainable Development Goals which include the right to health and gender equality.

Comprehensive Sexuality Education (CSE) has shown to decrease risky sexual activities, especially in younger people who have been taught abstinence-only programs in schools, and to teach the comprehensive approach to sexuality, consequently leading to a decrease in teen pregnancies. The idea that abortion is a different type of healthcare service, and therefore should be treated as such, is supported by the rise of barriers and the criminal prosecutions against medical professionals practising unregistered abortions. Therefore CSE is set to eradicate this misconception in future generations by pursuing the teaching of unbiased and medically correct information.

Figure 1: Who receives sexuality education and at what age in the EU

There is a correlation between the socioeconomic status of an individual and their access to contraception. People from disadvantaged social backgrounds, such as those living in poverty or with little to no education, more frequently get pregnant unintentionally. The issue concerns governments as they do not cover the costs of contraception by including it under national health insurance and fail to sufficiently inform the general public about it. Member States significantly differ in their reproductive care system policies, as certain countries such as Poland require prescriptions even in cases of emergency contraception.

Conscientious objection is a refusal to render abortion services on the grounds of personal beliefs. In many conservative countries, such as Italy, the majority of healthcare professionals are objectors, thus leaving women no choice but to travel abroad or to turn to private clinics. This disproportionally affects pregnant people of lower socioeconomic status, by leading them to choose medically unsupervised therefore unsafe abortions.

All Member States have ratified the UN’s Convention on the Elimination of All Forms of Discrimination against Women (CEDAW) aimed at achieving gender equality in all fields. Article 12 directly addresses reproductive rights, highlighting the necessity to grant accessibility to family planning care.

Furthermore, in 2017, UNFPA approved the Strategic Plan 2018-2021, in accordance with the 2030 Sustainable Agenda, urging governments to take action in support of the development of SRHR.

In 2021, the European Parliament approved a resolution recognizing sexual and reproductive as fundamental human rights, calling on Member States to remove all legal and practical barriers – that prevent access to abortions. . It sets a turning point addressing Member States’ regression in the battle for reproductive rights.

In September 2022, the UNFPA Supplies Partnership received EUR 45 million  from the European Commission, to be distributed over six years. The aim of this funding is to improve the delivery of contraceptives to people from every socioeconomic background in every country.

There are concerning disparities between Member States on the topic of SRHR policies, but some countries have adopted reforms that can be considered a huge step in the right direction. For example, Belgium has developed strategies aiming at removing all barriers in terms of reproductive health, including reimbursement for the costs of contraception and counselling.

The World Health Organization (WHO), the UN’s agency that promotes universal health access, issued a comprehensive abortion care guideline, aiming enable evidence-based decision-making with respect to quality abortion care, which can serve as the basis for national governments to elaborate their policies, recognising women’s fundamental rights.